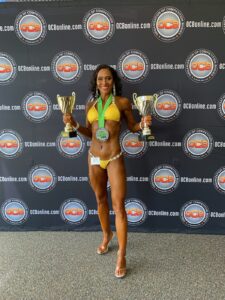 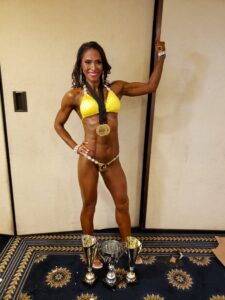 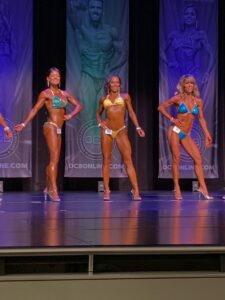 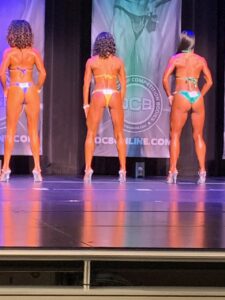 Indiana (Indy) Taylor, 48 years old, competed in her 2nd bikini competition this past weekend at the OCB Battle of the Belt in New Jersey. Indy placed 4th in her Open A class (out of 8 women) and won her 40+ class (out of 7 women); earning her the OCB Bikini Master's Pro Card! The changes we implemented in between shows paid off!

In Indy's first show, two weeks ago at the OCB Presidential Cup, she came in too conditioned based on the softer condition of the other bikini athletes that day. We made a few changes to soften her up slightly for show #2, but the reality is, it's up to chance. You just never know what show day will bring to the stage. Different athletes. Different judges. Different day. All a crapshoot. Only thing you can control is the work you put in to be YOUR best that day. Everything else is left to chance and a little luck.

Indy came to us as a marathon runner who was putting in the miles but most definitely NOT fueling for them; eating 700-800 cals per day. Her knees and lower back hurt from all the running and her body was just begging for some food and weight training.

In her 6 months of pre-prep with coach Brandi, she was able to nix ALL cardio and increase calories by nearly 2000 per day and only gained 1 lb in the process. Her body was LITERALLY starving for this!

Indy is incredibly consistent and never once has missed a beat with her training OR her nutrition. She prioritizes, plans, and executes so she can stay on top of her prep game with her busy work and social schedule. Her cals have gotten much lower, but she's still feeling satisfied utilizing flexible dieting with nutrient dense foods, and only performing a few SS cardio sessions each week. 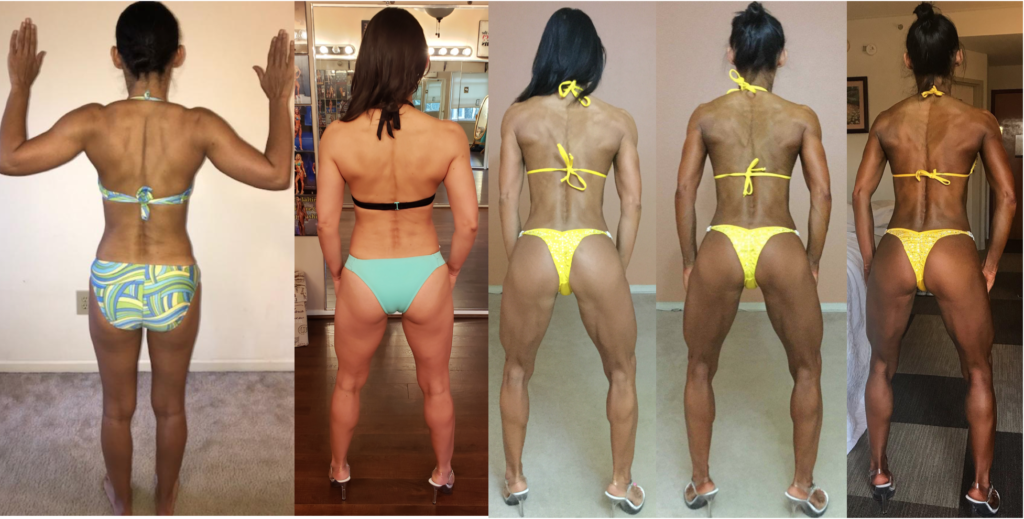